The Canadian government’s shift to a neo-liberal communication policy regime has also been accompanied by a narrowing of the public service aspect of public interest in communications. This has had a major impact on community organizations that provide communication and information services to citizens. As part of the regime both federal and provincial levels of government invested heavily in advanced digital networks and systems that permitted the outsourcing of public and social services, which were previously provided by government, to community organizations. The paper shows that these services were provided with government short term programs and initiatives, which only provided the community centers with connectivity or learning networks. It also notes that the government electronic systems measured and monitored organizational service delivery and citizen interactivity. The paper proposes extending and strengthening democratic communication rights and social collective obligations as part of the public interest in communications to address the broader needs that permit communities and individuals to realize their full capabilities.

Why is the right to communication and information crucial in an information society? The short answer is to address global, national and local inequalities arising from neo-liberal media and communication policy changes. A more in-depth answer would benefit from considering Amartya Sen’s research for the United National Development Programme on equality in order to address inequalities (Sen, 1992, p. 12). The solution he offers is the capabilities approach, which is grounded on the principles of freedom and distributive rights. Capabilities offer the freedom to choose a life one has reason to value (Sen, 1999, p.74). The concept also involves functionings – agency or doings – the various things a person may do or value such as having adequate nourishment, good health, self-respect and taking part in community life (Ibid, p. 75).

The approach has valuable implications for media and communications. As Garnham explains the capabilities perspective demonstrates that access to technologies is not enough (1999, pp. 120-121). To evaluate communicative entitlements we need to consider a range of real communication options beyond consumer products and services. Communication entitlements should be broad enough to address social, cultural, community development, economic and political needs. In his analysis of capabilities perspective and the issue of the digital divide Couldry argues that in richer developed countries initial policies that focused on access to the internet are no longer fashionable. An extensive body of international and national research reveals a gap in communicative resources between countries and within countries (Couldry, 2007, p. 385). Neo-liberal government policy makers tend to apply a narrow consumer freedoms focus on the distribution of access and content. By contrast, Sen maintains that these economic freedoms are presented as public freedoms. In other words communication functionings conflates public, social and cultural freedoms to consumer choice (1999, p. xii).

A History of Progressive Agency

Communication and media history is rife with progressive movement struggles over the democratization of earlier communication systems and technologies from the telegraph, to telecommunications, radio and television broadcasting, among others. In Canada and the United States these struggles were successfully establishing public interest and public service policies and regulation (see McChesney, 1997; Reddick, 2002; Rideout, 2003; Schiller, 1999; & Winseck, 1998). An ongoing persistence to establish communication rights and the right to communicate has been led by such organizations and institutions as the New World Information and Communication Order (NWICO), UNESCO, the MacBride Commission, the International Telecommunication Union and, more recently, the World Summit on the Information Society (WSIS).

In particular recommendations from the MacBride Commission included the free flow of information, a wider dissemination of information and the right to access information for the public and individuals, along with participation in the communication process. The subsequent report Many Voices, One World identified the right to communicate and receive information as important criteria for development rights. It also underlined the importance of communication needs rather than technological solutions to address inequalities (UNSECO, 1980).

Since the MacBride Commission, progressive activism for the democratization of communications has developed into a more complex movement that continues to include international communication, knowledge and cultural workers and a number of international organizations, institutions, associations such as UNESCO, the International Association for Mass Communication Research (IAMCR), the UN-ITU World Summit on the Information Society (WSIS) as well as scholars and researchers. Calabrese maintains that the uniqueness of WSIS relied on its inclusion of civil society groups in addition to states and governments. Notwithstanding the flaws of civil society actors, their participation and that of other progressive movements have raised the consciousness of many sectors of society around the world (Calabrese, 2004; Costanza-Chock, 2007).

Addressing traditional and new problems that have emerged from the economic and political context of globalization WSIS participants highlighted the importance of communications for a knowledge society. The WSIS Tunis document affirmed (Article 19) of the Universal Declaration of Human Rights (Principle 4). It has importantly reaffirmed the right to communicate and a right to seek, receive and import information and ideas through any media from everywhere in order for all peoples to participate “from the benefits the Information Society offers” (WSIS, 2005).

A dismissive neo-pluralist charge from Mueller on WSIS’ right to communicate makes reference to its origins in the 1960s and 1970s from critical communication scholars as nothing more than ideology. Erudite communication scholars raise concerns over WSIS’ technology solutions for information society problems. Carlsson argues that WSIS has applied a technical approach to media and communication issues, particularly issues relating to the internet (2005, pp. 213-214). Similarly, Mansell & Nordenstreng raise concerns over WSIS’ plan of action to bridge the international digital divide through universal access with a strong focus on connectivity to establish community access points for half of the world’s population. They challenge the technology targets that are offered rather than community needs and communication and media processes. Understanding people’s needs must be the overriding concern of developing strategies for communication and media initiatives. They also point out that critical analysis on policy and regulation changes at national, regional and international levels is missing (Mansell & Nordenstre, 2006).

Narrowing the Public Interest in Communications through Neo-Liberal Programs

The community access program provided many benefits to urban and rural Canadians who could not afford or because of a lack of broadband infrastructure were unable to connect to an internet service provider. At the height of the community access program approximately 8000 sites were located in public libraries, public schools and community centres. There were also a number of challenges and problems primarily related to funding and sustainability issues. The access programme relied on a partnership basis between community centres, the government and business. Although private sector partnership could take the form of in-kind services or financing there was little evidence of any of these benefits to the community sites (Rideout and Reddick, 2005).

The community learning network (CLN) program, implemented by a branch of Human Resources and Skills Development Canada – the Office of Learning Technologies – focused on information society barriers offering adults lifelong learning skills and training. It attempted to address the real needs of the public and community organizations. What attracted the community organizations was the substantively larger funding formula of $250,000 to $400,000 covering a two or three year period and its broad interpretation of community to mean a geographic or an interest based one.

By contrast the communication access sites received a maximum of $35,000 with most receiving less than $28,000. Initially, approximately 100 networks were funded to provide employment-related services and labour market programs. The program guidelines included eligible costs as salaries for CLN employees. A long list of ineligible expenses included the purchase and maintenance of technology infrastructure such as computer hardware and software, internet provider services and technology support. Partnerships were also told, rather optimistically to obtain communication access services from CAP recipients’. In its attempt to continue to providing employment services to clients after the community learning network program ended, the community organizations began mining funding opportunities from other government agencies, corporations and philanthropic possibilities (Rideout, 2002/3; Rideout and Reddick, 2005).

Without exception federal and provincial governments have made significant investments in advanced technological networks and systems that provide public services to citizens (Rideout forthcoming). The advanced government digital technologies provide enormous gains in transmission speed and flexibility while at the same time expand the “commodity form to products and services” (McKercher & Mosco, 2006, p. 734). Part of neo-liberal restructuring involved ‘contracting-out’ the delivery of social services, that were previously provided at federal and provincial levels, to community intermediary organizations. The rationale for outsourcing was to keep costs low and build efficiencies into the delivery of services by relying on new innovative technological systems.

Incorporating free market principles into the public service domain, Canadian provincial and federal governments rely on advanced electronic technologies to extend the commodity form to the delivery of social services. Most of the provincial governments have realized major cost savings by contracting out social service delivery, which were formally provided internally, to outside organizations. For the most part service delivery is outsourced on a contract basis to community non-profit organizations.

The most recent investment by Service Canada is its $880 million Government Online initiative to provide digital services to citizens and businesses. This advanced digital network was designed to improve efficiency and provide access to more electronic services (*) (Canada 2006, pp. 1-2). Human Resources and Social Development Canada provides electronic labor market services and employment insurance services. A web-based network of Canadian job postings is available at an online job bank. The electronic Labour Exchange web site permits those looking for work to identify their skills, education, and work experience (Canada 2006; Treasury Board of Canada, 2003).

Public Interest in Communication and the Right to Communicate

Reddick maintains that the Canadian policy changes in communications is more complex and provides less government regulation in the public interest. The emergence of market regulation by the private sector has created a public/private interest duality. This means that market rights have been extended to public interest. At the same time the public interest in communications (democratic rights) has narrowed substantially and in some insistences eroded. Rather than equate universal access with public interest Reddick builds on Macpherson’s analysis of the public good as collective rights, which are based on non-market values and democratic social objectives (Reddick, 2002; Macpherson, 1978; 1987).

Reddick extends the analysis to government information society policy arguing that it must produce ethical policies for individuals and communities. In order to achieve a better balance in the public interest it requires strengthening and extending democratic rights and social collective obligations as part of the public interest (2002, p. 32). This is an approach that would address Garnham’s and Couldry’s concerns about the necessity of addressing broader socio-economic needs and the simple issue of access. It would also permit communities and individuals to realize their full capabilities.

Dr. Vanda Rideout is an Associate Professor at the department of Sociology at the University of New Brunswick, Canada. She holds a Ph.D. and MA (Carleton University); and a BA Honours (Queen’s University). Her main research interests include: the impact of information and communication technologies on community non-government organizations; the digital divide in Canada communication public policy. Her research activities are reflected in the courses she teaches on research design, communications in society, communication policy, international communications, culture and media, the information society, political sociology and social inequality. She is the author of Continentalizing Canadian telecommunications: The politics of regulatory reform, McGill-Queen’s University Press. Dr. Rideout’s selected publications appear in the Canadian Journal of Communication, Canadian Journal of Information and Library Sciences, Canadian Public Administration, and the Journal of Community Informatics, She has also written various book chapters such as: ‘No information age utopia: Knowledge workers and clients in the service sector’ (2007); ’Canadians connected and unplugged: Public access to the Internet and the digital divide’ (2003); “Multi media policy for Canada and the United States: Industrial development as public policy” (2001). Dr. Rideout may be reached at ([email protected]). 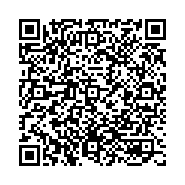