The Public Right to Know: Government-Press Relations in South Korea and the Debate about Press Rooms

In May 2007, when the Government Information Agency of South Korea announced the closing of the press rooms on government premises, it marked the end to a significant journalistic tradition. Until then, these press rooms had been integral to relations between the press and government, in that they allowed journalists to be posted full-time in the reporting facilities and in turn establish close relations with their government sources. President Roh argued that his new press policy was a reform that aimed to improve jour-nalistic quality, minimize collusion between journalists and their sources, and establish “clean but tense” press relations. Yet Korean reporters and international press organiza-tions criticized Roh for restricting press freedom and the public’s right to know. This arti-cle discusses the political and cultural context of this controversy, and considers the “Roh vs. Press” debate by analyzing public statements, news reports, interviews, and its key rhetorical elements. 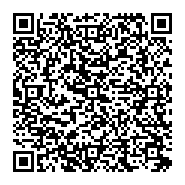